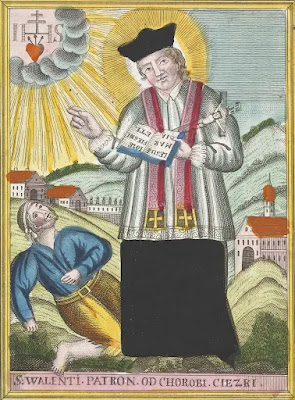 Saint Valentine, Priest and Martyr, circa 269 C.E.
Because St. Valentine is not officially on the Episcopal Church’s Calendar or that of the Roman Catholic Church, and as a “public service” announcement, and reminder for forgetful lovers that Valentine’s Day is next Monday - Today, we will learn a bit more about the uncertain history of this 3rd century martyr.

Join us today, Wednesday, February 9 at 12:10 p.m. for Holy Eucharist at the church, or tonight on Zoom for Evening Prayer and our Video Study Class.

St. Valentine, (died 3rd century, Rome; feast day February 14), name of one or two legendary Christian martyrs whose lives seem to be historically based. Although the Roman Catholic Church continues to recognize St. Valentine as a saint of the church, he was removed from the General Roman Calendar in 1969 because of the lack of reliable information about him. He is the patron saint of lovers, epileptics, and beekeepers.

By some accounts, St. Valentine was a Roman Catholic priest and physician who suffered martyrdom during the persecution of Christians by the emperor Claudius II Gothicus about 270. He was buried on the Via Flaminia, and Pope Julius I reportedly built a basilica over his grave. Other narratives identify him as the bishop of Terni, Italy, who was martyred, apparently also in Rome, and whose relics were later taken to Terni. It is possible these are different versions of the same original account and refer to only one person.

According to legend, St. Valentine signed a letter “from your Valentine” to his jailer’s daughter, whom he had befriended and healed from blindness. Another common legend states that he defied the emperor’s orders and secretly married couples to spare the husbands from war. * 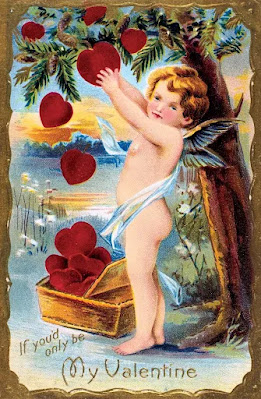