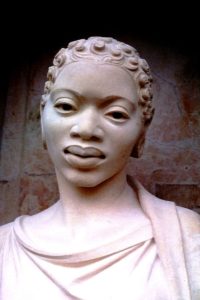 Almighty and everlasting God, who kindled the flame of your love in the heart of your faithful martyr Manche Masemola; Grant to us your servants, a like faith and power of love, that we who rejoice in her triumph may profit by her example; through Jesus Christ our Lord, who lives and reigns with you and the Holy Spirit, one God, for ever and ever. Amen.

Manche Masemola (1913-1928) was born in Marishane, a small village near Jane Furse, in South Africa. She lived with her parents, two older brothers, a sister, and a cousin.

By 1919, an Anglican Community of the Resurrection mission was established by Fr. Augustine Moeka at Marishane. Masemola attended classes in preparation for baptism with her cousin Lucia, against the wishes of her parents. Her parents took her to a Sangoma (African traditional healer), claiming that she had been bewitched. Relations worsened, and the mother hid the girl's clothes so she could not attend Christian instructional classes. On February 4, 1928, her parents led the teenager to a lonely place, where they killed her, burying her by a granite rock on a remote hillside.

Manche had said that she would be baptized in her own blood. She died without having been baptized.

Manche's mother converted to Christianity and was baptized forty years later in 1969. Manche was declared a martyr by the Church of the Province of Southern Africa in less than ten years.

She is one of the ten 20th-century martyrs from across the world who are depicted in statues above the Great West Door of Westminster Abbey, London. *