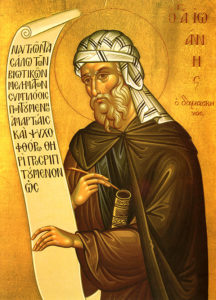 Confirm our minds, O Lord, in the mysteries of the true faith, set forth with power by your servant John of Damascus; that we, with him, confessing Jesus to be true God and true Man and singing the praises of the risen Lord, may, by the power of the resurrection, attain to eternal joy; through Jesus Christ our Lord, who lives and reigns with you and the Holy Spirit, one God, now and for ever. Amen.

John of Damascus was the son of a Christian tax collector for the Muslim Caliph of Damascus. At an early age, he succeeded his father in this office. In about 715, he entered the monastery of St. Sabas near Jerusalem. There he devoted himself to an ascetic life and to the study of the Fathers.

In the same year that John was ordained priest, 726, the Byzantine Emperor Leo the Isaurian published his first edict against the Holy Images, which signaled the formal outbreak of the iconoclastic controversy. The edict forbade the veneration of sacred images, or icons, and ordered their destruction. In 729-730, John wrote three “Apologies (or Treatises) against the Iconoclasts and in Defense of the Holy Images.” He argued that such pictures were not idols, for they represented neither false gods nor even the true God in his divine nature; but only saints, or our Lord as man. He further distinguished between the respect, or veneration (proskynesis), that is properly paid to created beings, and the worship (latreia), that is properly given only to God.

The iconoclast case rested, in part, upon the Monophysite heresy, which held that Christ had only one nature, and since that nature was divine, it would be improper to represent him by material substances such as wood and paint. The Monophysite heresy was condemned by the Council of Chalcedon in 451.

At issue also was the heresy of Manichaeism, which held that matter itself was essentially evil. In both of these heresies, John maintained, the Lord’s incarnation was rejected. The Seventh Ecumenical Council, in 787, decreed that crosses, icons, the book of the gospels, and other sacred objects were to receive reverence or veneration, expressed by salutations, incense, and lights, because the honor paid to them passed on to that which they represented. True worship (latreia), however, was due to God alone.

* A Great Cloud of Witnesses, Copyright © 2016 by The Domestic and Foreign Missionary Society of The Protestant Episcopal Church in the United States of America
Posted by Whit+ at 9:02 AM

The Second Sunday of Advent 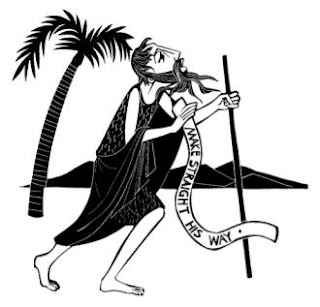 Sunday, December 5, 2021
Join us for “at church” or “virtually” for worship this Sunday, December 5, The Second Sunday of Advent, at St. Alban’s, St. Thomas’, St. Patrick’s, and Iglesia Episcopal La Esperanza de Familias Unidas. Remember - Masks are optional for all, and communion will be offered in both kinds- wine by intinction. We strongly urge everyone to get vaccinated. Please maintain social distance in non-family groups.
St. Alban's is excited to welcome Bishop Jake Owensby to celebrate Holy Eucharist at !0:30 a.m.!

* These liturgies will be Live-Streamed on Facebook for those who choose to remain at home.
Download a pdf of the leaflet to print or to use on your phone or tablet with this link - https://drive.google.com/file/d/1pbKlTN2J0pYjWIPkYi4FLKqM9l8XMQkb/view?usp=sharing

We hope to “see” you all on Sunday as you are most comfortable! 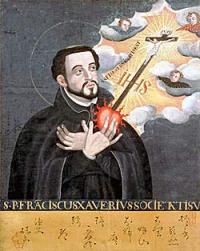 God of all nations, Raise up in this and every land, evangelists and heralds of your kingdom, that like your servant Francis Xavier we may proclaim the unsearchable riches of our Savior Jesus Christ; who lives and reigns with you and the Holy Spirit, one God, now and for ever. Amen.

Francis Xavier was one of the great missionaries of the Church. Born in Spain in 1506, he studied locally before taking up university studies in Paris in 1526, receiving a master’s degree in 1530. While in Paris he met Ignatius Loyola and, with a small group of companions, they bound themselves together for the service of God on August 15, 1534, the beginning of what would later become the Society of Jesus, or the Jesuits. After further theological study, Francis and Ignatius were ordained together in 1537.

As the nuncio to the east for the King of Portugal, John III, Francis went to India, arriving at Goa on the western coast in 1542. He later moved south and traveled as well to Sri Lanka (Ceylon) and the Molucca Islands, now Indonesia. For seven years, he labored among the people there, winning many converts to the faith, baptizing, teaching, and trying to ease the suffering of the people. His efforts were not always well received. New Christians were often abused and enslaved and sometimes killed.

In 1549, Francis moved on to the southern region of Japan and immediately set about learning the language and preparing a catechism to support his missionary efforts. In time, he moved north to the imperial capital, Kyoto, and made an effort to see the Mikado, the Japanese emperor. Civil strife and localized resistance made Francis’ Japanese efforts difficult, but he came away from the experience with a deep sense of respect for the people and their culture.

After returning to India in 1551, Francis was appointed the Jesuit Provincial for India, but he was not satisfied only to maintain the work already begun. He immediately set out for China, at the time closed to foreigners, in hopes of launching new missionary efforts there. He set up camp near the mouth of the Canton River in August 1552, hoping to secure passage into the country. Later that year he took ill and died, at age forty-six, on December 3, 1552. His remains were later transferred back to Goa, India. *

* A Great Cloud of Witnesses, Copyright © 2016 by The Domestic and Foreign Missionary Society of The Protestant Episcopal Church in the United States of America
Posted by Whit+ at 5:38 AM 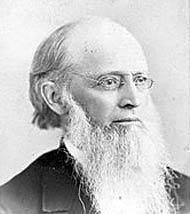 O God, who in your providence called Channing Moore Williams to the ministry of this church and gave him the gifts and the perseverance to preach the Gospel in new lands: Inspire us, by his example and prayers, to commit our talents to your service, confident that you uphold those whom you call; through Jesus Christ our Lord, who lives and reigns with you and the Holy Spirit, one God, for ever and ever. Amen.

Williams was born in Richmond, Virginia, in 1829, and ordained deacon in 1855. The Episcopal Church sent him to China, where he was ordained priest in 1857. In 1859 he was sent to Nagasaki, Japan, and in 1866 was consecrated Bishop of China and Japan. In 1868 Japan was opened to far greater contact with the West than before, and he determined that he could achieve best results by concentrating his efforts on Japan. In 1874 (or is that 1877?) a new bishop (Samuel Isaac Joseph Schereschewski, see October 14) was consecrated for China, and Williams went to Tokyo (then called Edo or Yedo), where he founded what is now St Paul's University. In 1878 he helped unite several mission efforts in the formation of the Nippon Sei Ko Kai, the Holy Catholic Church in Japan. In 1889 his health began to fail, and he asked to be relieved. In 1893 a successor was appointed, and Williams stayed on, living in Kyoto and helping to open new mission stations. He returned to America in 1908 and died 2 December 1910. * 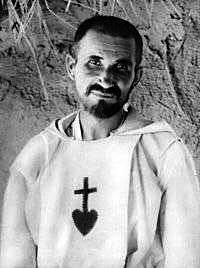 Loving God, help us to know you wherever we find you and seek to serve you in all people, that with your servant Charles de Foucauld, we may be faithful even unto death; through Jesus Christ, who lives and reigns with you and the Holy Spirit, one God, now and for ever. Amen.

Charles Eugene, viscount of Foucauld, was born in 1858. He served as a French Army officer in Algeria beginning in 1881, and prepared a mapping of oases in Morocco in 1883. In 1886 he underwent a religious conversion, and in 1890 he joined a Trappist monastery, but soon left to become a solitary hermit in Palestine. In 1901 he went to Algeria, where he eventually settled at Tamanrasset and there lived the life of a missionary priest and prepared a Taureg dictionary. He was killed in an anti-French uprising on 1 December 1916, by those who said that his goodness tended to create friendly feelings toward the French.

In 1933 and 1939 respectively, groups of dedicated Christians were formed in Algeria known as the Little Brothers of Jesus and the Little Sisters of Jesus, inspired by his ideas and example. Members of these groups went to live in small communities, called fraternities, in areas where the people were largely poor. They supported themselves by doing the same kind of work as their neighbors. They made no explicit attempt to convert their neighbors or to debate with them. Their purpose is simply to live among them as Christians. They say that Christ did not come to earth primarily to teach (there were already teachers) but to share our human lot. They seek to express the love of Christ for the wretched of the earth by living among them and sharing their lives and their hardships. For example, on one occasion a brother became ill, and it would have been possible to send him home where he would have received European-style medical care and would almost certainly have recovered. However, this would have been an option not open to those who lived around them. Accordingly, the brother stayed in the fraternity, receiving only the treatment that a native of the area would have received, knowing that this meant that he would soon die, which he did. * 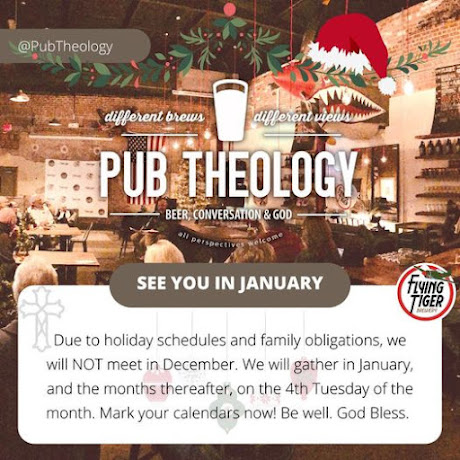