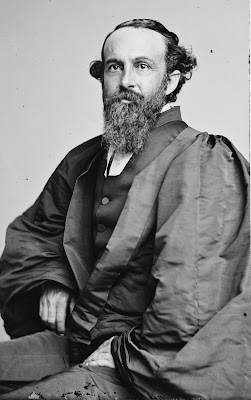 It is uncertain whether the Church still lists Charles Todd Quintard as an official remembrance. He is listed both in Holy Women, Holy Men - Celebrating the Saints, Copyright © 2010 by The Church Pension Fund, and A Great Cloud of Witnesses, Copyright © 2016 by The Domestic and Foreign Missionary Society of The Protestant Episcopal Church in the United States of America, but Quintard is not on the most current Liturgical Calendar for The Episcopal Church, see - https://www.episcopalchurch.org/lectionary/

It is likely his involvement in the Civil War, and at the University of South has called his remembrance into question. The information below provides some of the history of his complex and paradoxical life. This serves as one more reminder of the difficulty we face as we remember and tell of our nation’s difficult history.

Mighty God, we bless your Name for the example of your bishop Charles Todd Quintard, who opposed the segregation of African Americans in separate congregations and condemned the exclusion of the poor; and we pray that your Church may be a refuge for all, for the honor of your Name; through Jesus Christ, who with you and the Holy Spirit lives and reigns, one God, for ever and ever. Amen.

Charles Todd Quintard was the second bishop of the Diocese of Tennessee and the first Vice Chancellor of The University of the South at Sewanee.

Quintard was born in 1824 in Stamford, Connecticut. In 1847 he received the degree of Doctor of Medicine from the Medical College of New York University and worked at New York City’s Bellevue Hospital. After a brief episode of practicing medicine in Athens, Georgia, Quintard became the professor of anatomy and physiology at Memphis Medical College and an editor of the Memphis Medical Reporter. In 1848, Quintard married Katherine Isabella Hand, a native of Roswell, Georgia, and together they were the parents of three children.

It was while he was in Memphis that Quintard came to know Bishop James Hervey Otey, the first bishop of Tennessee. Under Otey’s personal tutelage, Quintard prepared for holy orders. He was ordained to the diaconate on New Year’s Day, 1855, and to the priesthood on the Feast of the Epiphany, 1856. He served as rector of the Church of the Advent, Nashville, until his election as the second bishop of Tennessee in October 1865. He served as bishop until his death in 1898.

During the Civil War, Quintard played dual roles in the Confederate Army as both chaplain and surgeon. Following the war, he was instrumental in bringing together the previously divided factions and extending the reach of The Episcopal Church, particularly among African Americans.

Bishop Quintard was a strong advocate of education at every level and played a major role in the establishment of schools. Perhaps his greatest accomplishment was the rebuilding of The University of the South in Sewanee, Tennessee, after its destruction during the Civil War. He made several successful trips to England to raise the funds to secure the future of the University. From February 1867 to July 1872, Quintard served as the reconstituted University’s first Vice Chancellor. Quintard believed that a great Episcopal university was essential, not just to the church in Tennessee and the southeast, but to the whole church, and thus devoted much of his ministry to Sewanee. * 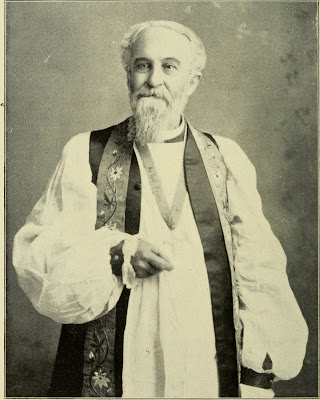