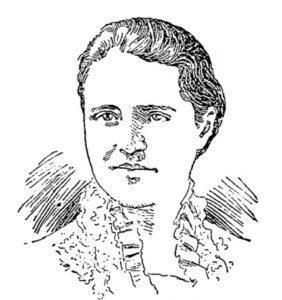 Inspire us, Gracious God, with that same spirit of devotion that animated your servant Emily Malbone Morgan; that, like her, we might dedicate our lives to your service and to the welfare of others; through Jesus Christ our Lord, who lives and reigns with you, in the unity of the Holy Spirit, one God, now and for ever. Amen.

She was born in Hartford, Connecticut, the youngest child and only daughter born to merchant Henry Kirke Morgan and the former Emily Malbone Brinley.

In 1883, Morgan's childhood friend, Adelyn Howard, fell ill with a hip disease, which made her a lonely invalid in a town in which she had no friends or family. The following year, Morgan, with Howard and Harriet Hastings of Wellesley, Massachusetts founded the Society of the Companions of the Holy Cross, to allow the shut-in Adelyn—and other religious women who valued thanksgiving, intercessory prayer, and simplicity of life—to pray and work for social justice.

In 1889, two years after moving to New Haven, Morgan began her writing career, publishing A Little White Shadow, the proceeds of which she used to fund vacation homes for "tired women, girls and children." As such, Morgan can be considered part of the Deaconess movement in which over 5000 Protestant women participated circa 1890. In 1901, Morgan purchased what became their headquarters and retreat center, in Byfield, Massachusetts, which was named Adelynrood upon its renovation in 1915 (remembering both Howard, who had died in 1898, and an old word for "cross").

The Society of the Companions of the Holy Cross currently has approximately eight hundred members and continues to operate retreat centers.

The Lectionary, via Project Canterbury, and Wikipedia, http://www.satucket.com/lectionary/emily_morgan.htm