A Day for Remembering Soldiers 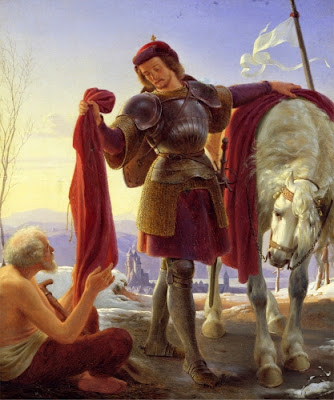 Lord God of hosts, you clothed your servant Martin the soldier with the spirit of sacrifice and set him as a bishop in your church to be a defender of the catholic faith: Give us grace to follow in his holy steps, that, at the last, we may be found clothed with righteousness in the dwellings of peace; through Jesus Christ our Lord, who lives and reigns with you and the Holy Spirit, one God, for ever and ever. Amen.

Martin was born around 330 of pagan parents. His father was a soldier, who enlisted Martin in the army at the age of fifteen. One winter day he saw an ill-clad beggar at the gate of the city of Amiens. Martin had no money to give, but he cut his cloak in half and gave half to the beggar. In a dream that night, Martin saw Christ wearing the half-cloak. He had for some time considered becoming a Christian, and this ended his wavering. He was promptly baptized. At the end of his next military campaign, he asked to be released from the army, saying: "Hitherto I have faithfully served Caesar. Let me now serve Christ." He was accused of cowardice, and offered to stand unarmed between the contending armies. He was imprisoned, but released when peace was signed.

He became a disciple of Hilary of Poitiers, a chief opponent in the West of the Arians, who denied the full deity of Christ, and who had the favor of the emperor Constantius. Returning to his parents' home in Illyricum (Yugoslavia, approximately), he opposed the Arians with such effectiveness that he was publicly scourged and exiled. He was subsequently driven from Milan, and eventually returned to Gaul. There he founded the first monastery in Gaul, which lasted until the French Revolution.

In 371 he was elected bishop of Tours. His was a mainly pagan diocese, but his instruction and personal manner of life prevailed. In one instance, the pagan priests agreed to fell their idol, a large fir tree, if Martin would stand directly in the path of its fall. He did so, and it missed him very narrowly. When an officer of the Imperial Guard arrived with a batch of prisoners who were to be tortured and executed the next day, Martin intervened and secured their release.

Martin of Tours In the year 384, the heretic (Gnostic) Priscillian and six companions had been condemned to death by the emperor Maximus. The bishops who had found them guilty in the ecclesiastical court pressed for their execution. Martin contended that the secular power had no authority to punish heresy, and that the excommunication by the bishops was an adequate sentence. In this he was upheld by Ambrose, Bishop of Milan. He refused to leave Treves until the emperor promised to reprieve them. No sooner was his back turned than the bishops persuaded the emperor to break his promise; Priscillian and his followers were executed. This was the first time that heresy was punished by death.

Martin was furious, and excommunicated the bishops responsible. But afterwards, he took them back into communion in exchange for a pardon from Maximus for certain men condemned to death, and for the emperor's promise to end the persecution of the remaining Priscillianists. He never felt easy in his mind about this concession, and thereafter avoided assemblies of bishops where he might encounter some of those concerned in this affair. He died on or about 11 November 397 (sources differ) and his shrine at Tours became a sanctuary for those seeking justice.

The Feast of Martin, a soldier who fought bravely and faithfully in the service of an earthly sovereign, and then enlisted in the service of Christ, is also the day of the Armistice which marked the end of the First World War. On it we remember those who have risked or lost their lives in what they perceived as the pursuit of justice and peace.*

And finally, of course, Armistice Day, in the U.S. began as a celebration of the end of WWI. But in the wake of even deadlier conflicts, November 11 became a day to honor all military veterans. Veterans Day celebrates all members of the armed forces, men and women - the living and the dead - past and present.

Martin, the patron saint of soldiers, is honored each year on the same day as Veterans Day. The fact that Germany laid down its arms on a day in the Church’s calendar that celebrates a saint who laid down his arms, choosing a life of peace rather than war, may seem like a remarkable coincidence. But the armistice timing was chosen deliberately — scheduled for the eleventh hour of the eleventh day of the eleventh month. For centuries, St. Martin’s Day (also known as Martinmas) had marked a time of new beginnings in Europe. What better day to mark a new beginning of peace?☩ 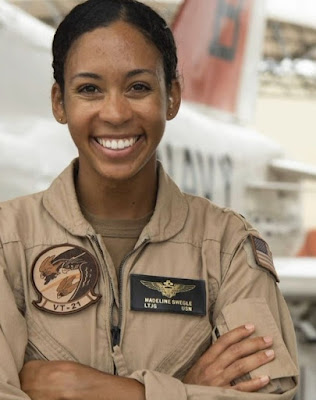 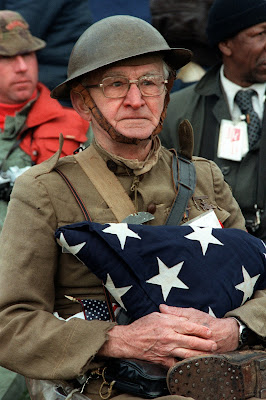