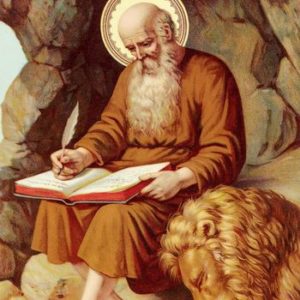 O God, who gave us the holy Scriptures as a light to shine upon our path: Grant us, after the example of your servant Jerome, so to learn of you according to your holy Word, that we may find the Light that shines more and more to the perfect day; even Jesus Christ our Lord, who lives and reigns with you and the Holy Spirit, one God, now and ever. Amen.

Jerome was the foremost biblical scholar of the ancient Church. His translation of the Bible, along with his commentaries and homilies on the biblical books, have made him a major intellectual force in the Western Church.

Jerome was born in about 347, and was converted and baptized during his student days in Rome. On a visit to Trier, he found himself attracted to the monastic life, which he tested in a brief but unhappy experience as a hermit in the deserts of Syria. At Antioch, he continued his studies in Hebrew and Greek. In 379, he went to Constantinople where he studied under Gregory of Nazianzus. From 382 to 384 he was secretary to Pope Damasus I, and spiritual director of many noble Roman ladies who were becoming interested in the monastic life. It was Damasus who set him the task of making a new translation of the Bible into Latin -- into the popular form of the language, hence the name of the translation: the Vulgate. After the death of Damasus, Jerome returned to the East, and established a monastery at Bethlehem, where he lived and worked until his death on 30 September 420.*

* The Lectionary, James Kiefer - http://www.satucket.com/lectionary/Jerome.htm Much more information is at this link.