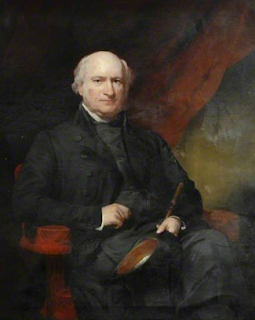 Grant, O God, that in all time of our testing we may know your presence and obey your will; that, following the example of your servant Edward Bouverie Pusey, we may with integrity and courage accomplish what you give us to do, and endure what you give us to bear; through Jesus Christ our Lord, who lives and reigns with you and the Holy Spirit, one God, for ever and ever. Amen.

The revival of High Church teachings and practices in the Anglican Communion, known as the Oxford Movement, found its acknowledged leader in Edward Bouverie Pusey. Born near Oxford, August 22, 1800, Pusey spent all his scholarly life in that University as Regius Professor of Hebrew and as Canon of Christ Church. At the end of 1833, he joined John Keble and John Henry Newman in producing the Tracts for the Times, which gave the Oxford Movement its popular name of Tractarianism.

His most influential activity, however, was his preaching—catholic in content, evangelical in his zeal for souls. But to many of his more influential contemporaries, it seemed dangerously innovative. A sermon preached before the University in 1843 on “The Holy Eucharist, a Comfort to the Penitent” was condemned without his being given an opportunity to defend it, and he himself was suspended from preaching for two years—a judgment he bore most patiently. His principles were thus brought before the public, and attention was drawn to the doctrine of the Real Presence of Christ in the Eucharist. From another University sermon, on “The Entire Absolution of the Penitent,” may be dated the revival of private confession in the Anglican Communion.

When Newman was received into the Roman Catholic Church in 1845, Pusey’s adherence to the Church of England kept many from following, and he defended them in their teachings and practices. After the death of his wife in 1839, Pusey devoted much of his family fortune to the establishment of churches for the poor and much of his time and care to the establishment of sisterhoods. In 1845, he established the first Anglican sisterhood since the Reformation. It was at this community’s convent, Ascot Priory in Berkshire, that Pusey died on September 16, 1882. His body was brought back to Christ Church and buried in the cathedral nave. Pusey House, a house of studies founded after his death, perpetuates his name at Oxford. His own erudition and integrity gave stability to the Oxford Movement and won many to its principles.*

*A Great Cloud of Witnesses, Copyright © 2016 by The Domestic and Foreign Missionary Society of The Protestant Episcopal Church in the United States of America.
Posted by Whit+ at 7:27 AM