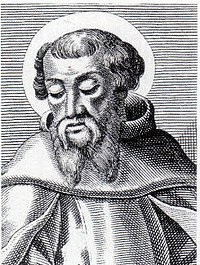 Almighty God, who strengthened servant Irenaeus to defend thy truth against every blast of vain doctrine: Keep us, we pray, steadfast in your true religion, that in constancy and peace we may walk in the way that leads to eternal life; through Jesus Christ our Lord, who lives and reigns with you and the Holy Spirit, one God, now and for ever. Amen.

Irenaeus (pronounced ear-a-NAY-us) was probably born around 125. As a young man in Smyrna (near Ephesus, in what is now western Turkey) he heard the preaching of Polycarp, who as a young man had heard the preaching of the Apostle John. Afterward, probably while still a young man, Irenaeus moved west to Lyons in southern France. In 177, Pothinus, the bishop of Lyons, sent him on a mission to Rome. During his absence a severe persecution broke out in Lyons, claiming the lives of the bishop and others. When Irenaeus returned to Lyons, he was made bishop. He died around 202. He is thus an important link between the apostolic church and later times, and also an important link between Eastern and Western Christianity. His principal work is the Refutation of Heresies, a defense of orthodox Christianity against its Gnostic rivals. A shorter work is his Proof of the Apostolic Preaching, a brief summary of Christian teaching, largely concerned with Christ as the fulfilment of Old Testament prophecy. An interesting bit of trivia about this latter book is that it is, as far as I know, the first Christian writing to refer to the earth as a sphere.*