The Conversion of Saint Paul

The Conversion of Saint Paul the Apostle 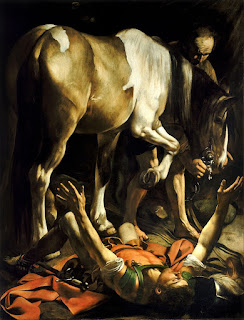 O God, by the preaching of your apostle Paul you have caused the light of the Gospel to shine throughout the world: Grant, we pray, that we, having his wonderful conversion in remembrance, may show ourselves thankful to you by following his holy teaching; through Jesus Christ our Lord, who lives and reigns with you, in the unity of the Holy Spirit, one God, now and for ever. Amen.

On January 25 we remember how Saul (or Paul) of Tarsus, formerly an enemy and persecutor of the early Christian Church, was led by God's grace to become one of its chief spokesmen. Our chief sources of information about the Apostle Paul are several of his own letters, preserved for us in the New Testament, and  the account of him given by Luke in the book of Acts. One of the readings appointed for this day is from St. Paul’s Letter to the Galatians (1:11-24).

For I want you to know, brothers and sisters, that the gospel that was proclaimed by me is not of human origin; for I did not receive it from a human source, nor was I taught it, but I received it through a revelation of Jesus Christ. You have heard, no doubt, of my earlier life in Judaism. I was violently persecuting the church of God and was trying to destroy it. I advanced in Judaism beyond many among my people of the same age, for I was far more zealous for the traditions of my ancestors. But when God, who had set me apart before I was born and called me through his grace, was pleased to reveal his Son to me, so that I might proclaim him among the Gentiles, I did not confer with any human being, nor did I go up to Jerusalem to those who were already apostles before me, but I went away at once into Arabia, and afterwards I returned to Damascus.  Then after three years I did go up to Jerusalem to visit Cephas and stayed with him fifteen days;  but I did not see any other apostle except James the Lord’s brother.  In what I am writing to you, before God, I do not lie! Then I went into the regions of Syria and Cilicia, and I was still unknown by sight to the churches of Judea that are in Christ; they only heard it said, “The one who formerly was persecuting us is now proclaiming the faith he once tried to destroy.” And they glorified God because of me.

Note: The art used is The Conversion of Saint Paul, a painting by Caravaggio, a leading Italian painter of the late 16th and early 17th centuries who became famous for the intense and unsettling realism of his large-scale religious works. Many depictions of Paul's conversion feature a horse, a detail not mentioned in the Biblical accounts. ;-)