Translators of the Bible

Almighty God, you planted in the heart of your servants William Tyndale and Miles Coverdale a consuming passion to bring the Scriptures to people in their native tongue and endowed them with the gift of powerful and graceful expression and with strength to persevere against all obstacles: Reveal to us your saving Word, as we read and study the Scriptures and hear them calling us to repentance and life; through Jesus Christ our Lord, who lives and reigns with you and the Holy Spirit, one God, for ever and ever. Amen. 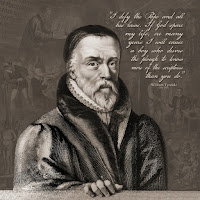 William Tyndale was born about 1495 near the Welsh border. He received bachelors and masters degrees from Oxford and also studied at Cambridge. Ordained about 1521, he spent his early ministry as a domestic chaplain and tutor in Gloucestershire and London.

Tyndale was a man with a single passion—to translate the holy Scriptures into English. Lacking official sanction, he went to Germany in 1524. Strongly opposed to his work, King Henry VIII, Cardinal Wolsey, and others sought to destroy his work and put him to death. He was betrayed by a friend and was strangled and burned at the stake on October 6, 1536, in Brussels.

By the time of Tyndale’s death, he had completed his translation of the New Testament and major parts of the Old Testament, particularly the Pentateuch. It is estimated that about eighty percent of Tyndale’s work found its way into later translations, notably the Authorized Version of 1611 (King James). 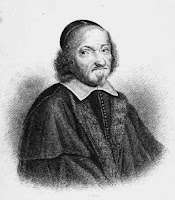 Miles Coverdale was born in Yorkshire around 1488. He studied at Cambridge and was ordained in 1514 and soon thereafter joined the Augustinian Friars. Passionate about scriptural translation, he left the monastery in 1526 and eventually went to the Continent, where the work of translation enjoyed strong support.

Coverdale completed the first translation into English of the whole Bible in 1535, which was issued as “The Great Bible” in 1539. Archbishop Cranmer adopted Coverdale’s translation of the Psalter for the Book of Common Prayer.

Between times of unrest and relative calm, Coverdale shuttled between England and the Continent. He served as a Lutheran pastor while in exile from 1543-1547. He became Bishop of Exeter in 1551 but was deprived of that office at the accession of Queen Mary, due to his Protestant convictions. He again escaped to the Continent, where he lived until the accession to the throne of Elizabeth I in 1559. He is remembered as an outstanding preacher, an uncommonly gifted linguist and translator, and a leader of the Puritan wing of the Church of England.*

*A Great Cloud of Witnesses, Copyright © 2016 by The Domestic and Foreign Missionary Society of The Protestant Episcopal Church in the United States of America. See - https://extranet.generalconvention.org/staff/files/download/19349

Join us tonight for Evening Prayer and to learn a little more about Biblical Translation!