Sound out your majesty, O God, and call us to your work; that, like thy servant Johann Sebastian Bach, we might present our lives and our works to your glory alone; through Jesus Christ our Lord, who lives and reigns with you and the Holy Spirit, one God, for ever and ever. Amen.

Johann Sebastian Bach, widely regarded as the greatest of all composers of music for Christian worship, was born in 1685 in Eisenach, Thuringia, Germany, into a family of distinguished musicians. In 1708, shortly after marrying his cousin, Maria Barbara Bach, he became court organist to the Duke of Weimar, where he wrote his principal compositions for the organ. In 1717 he became music director (Kapellmeister) to Prince Leopold of Coethen. In 1720, his wife died, and in 1721 he married Anna Magdalena Wuelcken, for whom he composed a famous set of keyboard pieces. From 1723 until his death in 1750 he was at Leipzig, where he taught, conducted, sang, played, and composed. He had 20 children, of whom nine survived him, four of whom are also remembered as composers.

In addition to his secular music, Bach wrote a considerable amount of music for worship. He drew on the German tradition of hymn-tunes, and arranged many of them as cantatas, with elaborate choir settings for most stanzas, and a plain four-part setting for the final stanza, to be sung by the congregation with the choir. Normally each stanza is unique, using the melody traditional for that hymn, but with variations, particularly in the harmony, that reinforce the meaning of the words of that stanza. He wrote altogether nearly two hundred cantatas, including at least two for each Sunday and holy day in the Lutheran church year (matching the subject of the cantata with that of the Scripture readings prescribed for that day). Two of the better known are "Christ lag in Todesbanden" (Christ lay in the bonds of death"), based on an Easter hymn by Martin Luther; and "Jesu, meine Freude" (Jesus, all my gladness).

It is an ancient custom that during Holy Week the Gospel readings shall be from the accounts of the Passion (=suffering and death) of Our Lord, and that, where possible, these accounts shall be read, not by a single reader, but with the speeches of different persons read by different readers (and the crowd by the choir or the congregation). This may be said, or chanted to a simple tune. Bach wrote, for the St Matthew Passion, and again for the St John Passion, an elaborate musical setting, with the Gospel narrative sung by a soloist, with the dialog by other singers, and commentary by the choir in the form of hymns and more elaborate pieces. He also wrote a setting for the traditional Latin Liturgy, his famous B Minor Mass. The Liturgy (or Order for the Celebration of the Lord's Supper and the Administration of Holy Communion, Commonly Called the Mass) is divided into the Ordinary (the parts that are the same every time) and the Propers (the parts that vary from day to day, such as the Bible readings). The choral parts of the Ordinary include the Kyrie ("Lord, have mercy" or "Hear us, O gracious Lord"), the Gloria ("Glory to God in the highest," based on Luke 2:14), the Credo ("I believe in one God, the Father Almighty..."), the Sanctus-benedictus ("Holy, Holy, Holy" and "Blessed is he who comes in the name of the Lord", based on Isaiah 6:3 and Matthew 21:9), and the Agnus Dei ("O Lamb of God," based on John 1:29). Bach wrote choir settings for these (in case anyone is wondering why a devout Lutheran would write choir settings for a Mass, I point out that the language of the Liturgy is ancient, and contains nothing not taught by Lutheran and Methodist and Presbyterian churches), and his work is not simply a matter of supplying pleasant-sounding melody and chords. For example, in the Creed, there occurs the line, "And I believe one holy catholic and apostolic Church." In Bach's setting of this line, there are two melodies sung by the choir simultaneously. One is a traditional plainchant melody, most frequently sung by Roman Catholics. The other is a Lutheran chorale melody. The two melodies are interwoven, and they harmonize perfectly. Bach was not just a musician. He was a Christian, and a preacher of the Gospel.*

*The Lectionary, James Kiefer, http://satucket.com/lectionary/bach_handel_purcell.htm and click here for a bit of Bach fun. 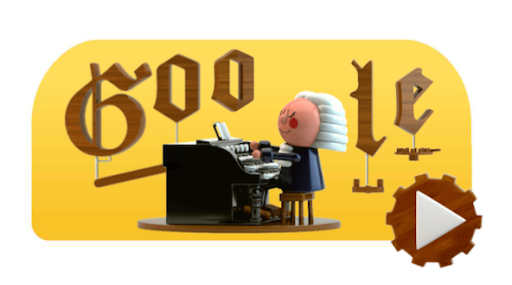