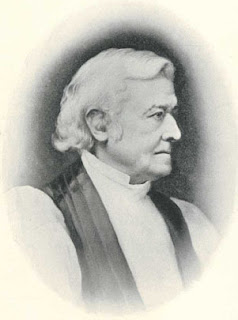 O God, who send your son Jesus Christ to preach peace to those who are far off and to those who are near, Grant that we, like your servant Jackson Kemper, may proclaim the Gospel in our own day, with courage, vision, and perseverance; through the same Jesus Christ our Lord, who with you and the Holy Spirit lives and reigns, world without end. Amen.

Jackson Kemper was born 24 December 1789 in Pleasant Valley, New York, attended Columbia College, and was ordained a priest in 1814. In 1835, the Episcopal Church undertook to consecrate missionary bishops to preach the Gospel west of the settled areas, and Kemper was the first to be chosen. He promptly headed west. Having found that clergy who had lived all their lives in the settled East were slow to respond to his call to join him on the frontier, he determined to recruit priests from among men who were already in the West, and established a college in St. Louis, Missouri, for that purpose. He went on to found Nashotah House and Racine College in Wisconsin. He constantly urged a more extensive outreach to the Indian peoples, and translations of the Scriptures and the services of the Church into Indian languages. From 1859 till his death in 1870, he was bishop of Wisconsin, but the effect of his labors covered a far wider area.