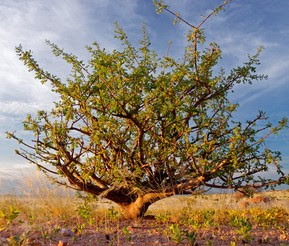 A perfect remembrance as we re-enter, with fear and uncertainty, a resurgence of the COVID-19 virus and a return to mandatory masks. Our job as always is to proclaim Good News to a hurting and broken world.

Almighty God, who revealed the resurrection of your Son to Joanna, Mary, and Salome as they faithfully came bearing myrrh to his tomb: Grant that we too may perceive the presence of the risen Lord in the midst of pain and fear, and go forth proclaiming his resurrection; who lives and reigns with you and the Holy Spirit, one God, now and for ever. Amen.

Basically all that is known of these three women is found in the Gospels, first in Mark 16:1-8:

When the sabbath was over, Mary Magdalene, and Mary the mother of James, and Salome bought spices, so that they might go and anoint him. And very early on the first day of the week, when the sun had risen, they went to the tomb. They had been saying to one another, ‘Who will roll away the stone for us from the entrance to the tomb?’ When they looked up, they saw that the stone, which was very large, had already been rolled back. As they entered the tomb, they saw a young man, dressed in a white robe, sitting on the right side; and they were alarmed. But he said to them, ‘Do not be alarmed; you are looking for Jesus of Nazareth, who was crucified. He has been raised; he is not here. Look, there is the place they laid him. But go, tell his disciples and Peter that he is going ahead of you to Galilee; there you will see him, just as he told you.’ So they went out and fled from the tomb, for terror and amazement had seized them; and they said nothing to anyone, for they were afraid.

Joanna is traditionally counted as one of these women who came to anoint Jesus' body, but is only mentioned in Luke 8:1b-3:

The twelve were with him, as well as some women who had been cured of evil spirits and infirmities: Mary, called Magdalene, from whom seven demons had gone out, and Joanna, the wife of Herod’s steward Chuza, and Susanna, and many others, who provided for them out of their resources.*

*The Lectionary, http://www.satucket.com/lectionary/joanna_mary_salome.html, Bible text is from the NRSV.