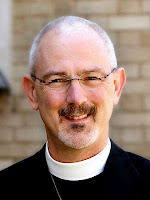 Yesterday our priests and deacons gathered with me for one of our regular Clergy Days. Among the things on our hearts and minds was the challenge of being the Church in 2013 and beyond.

As you may have heard, the makers of Monopoly have discarded one of the game's classic pieces. The iron is now in the historical ash bin and in its place we find a cat. For all the fuss, Monopoly remains Monopoly. The rules for moving around the board, purchasing property, and paying rent remain unchanged. The board, with minor artistic revision, looks the same.

Even some of the outlandish special edition Monopoly sets do nothing to change the real essence of the game. There is a Star Wars edition, a Scooby Doo edition, and even a Wizard of Oz edition. Players still move by rolling the dice, each space on the board is a property by another name but with the same relative value, and the rules governing play are the same. All the changes are window dressing on the same logic.

This is how a stable historical period looks. Particular people, arguments, events, and crises arise, but the available moves and the rules governing the movements are essentially set. We all know how to play the game, and any departure from the agreed upon way to play is cheating.

We all know that historical periods give way to succeeding historical periods: periods that have their own board and rules and pieces. Painting now with a very broad brush, think of the very different world people inhabited in the Middle Ages and in the Renaissance. Assumptions about God, human destiny, and political legitimacy underwent significant shifts. (Okay, my apologies to every historian reading this.)

But what about the space in between? Let's return to the board game illustration. It's not as if someone simply swept away Monopoly and put in its place the game of Clue. We might gripe about this sudden shift and even demand a return to Monopoly, but at least we would be clear about a whole new set of rules, purpose of the game, and design of the board.

Transitional historical periods are more like playing Monopoly even while Hasbro is changing the rules and remaking the board without telling us. The rules are under revision and the board keeps shifting to some final version we cannot see yet. And the kicker is this. We don't get to stop playing. We have to figure it out as we go. One thing is for sure, if we keep playing the game the way we always have we will eventually lose touch with the game completely.

We live in a transitional historical period. Our society and our culture are changing in ways that are reshaping how we understand the meaning, value, and purpose of life. How to be Church is changing as a result. We don't get to go back to older ways to proclaim the Gospel, but quitting until thing settle down is not a viable option. The changes surrounding us call us into being Church in some new and exciting ways.

* In the weeks and months ahead the clergy and I will be sharing
some innovative ideas with you. Here is a a brief sketch:
* Instead of trying to get people to church, start bringing church to
the people.
* The Gospel is something we do.
* We need deacons as leaders for doing the Gospel in the world.
* It's time to start mission stations.
* We need a new model of cooperation between small
congregations.
This list is meant to give you teasers for further thought. We will be talking much more about these and other ideas for the vitality of the our diocese.

We are in a time that calls for boldness and courage. We will try many things. Some will work right away, and many will prove to be shaky first drafts in shaping a final approach that goes like gangbusters. Don't be afraid! There is no failure in Christ, and we are doing all that we do in his name.

Blessings for a renewed relationship with our Lord and a greater love for your neighbor in this Lenten season.