“Are there various types, dimensions, and modes of violence? […] I propose that human violence can move through three successive stages – from ideological through rhetorical to physical violence, as follows:

Ideological violence is thinking that persons, groups, or nations are inhuman, subhuman, or at least lacking in the humanity one grants oneself.

Rhetorical violence is speaking on that presumption by dehumanizing those others with rude names, crude caricatures, and derogatory stereotypes or by calling them say, political “traitors” or religious “heretics.”

Physical – and even lethal – violence is acting on those pre-suppositions either by illegal attack or, it one has attained social power, by official, legal political action.

We say proverbially, “Sticks and stones will break my bones, but names (or words) will never hurt me.” That is not true even in itself, but more serious, it ignores our experience that names and words often escalate through sticks and stones to ovens and crematoria. Once ideology and rhetoric have dehumanized opponents, power will often consider it a duty – even a divine duty – to eliminate them. In other words, I propose to take ideologically based rhetorical violence very, very seriously.”

I believe that we must remember the Holocaust and its painful lessons. It seems sadly true that each new generation must learn these hard truths or else repeat them. 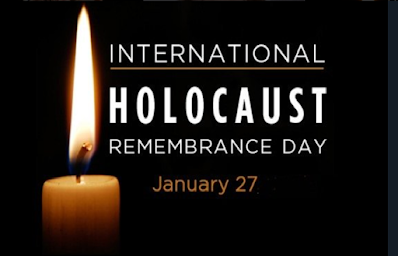